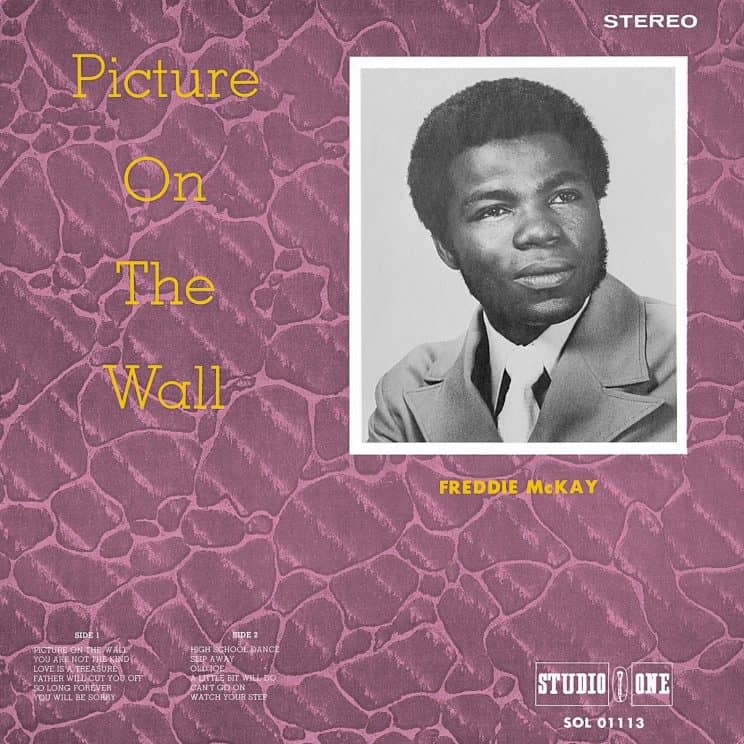 Picture on the Wall was Freddie McKay’s first album. It was released by Studio One in 1971, and this was the first real introduction to the singer for the reggae public after a series of unsuccessful singles. Despite a potential hit with “Love Is a Treasure” done for Treasure Isle the song was marred by its credit to “Treasure Boy”.

Coming to Studio One with the Soul Defenders allowed Freddie to finally find his voice. His recording of “Picture on the Wall” is a top Studio One track, and was a massive hit for the label. Other top songs for the label include “Drunken Sailor,” “I Am a Freeman,” “Sweet You, Sour You,” and the remake of “Love Is a Treasure,” all found on this release.

Containing 24 tracks, with many tracks not found on album before, this is the definitive collection of Freddie McKay at Studio One. The original Jamaican stereo release is found on sides 1 and 2. On the remaining two sides are some of McKay’s top songs, including instrumentals, a DJ version and the extended mix of “Love Is a Treasure.” McKay’s untimely death in 1986 cut short a promising career, but here the listener can again rediscover the greatness of one of reggae’s unsung heroes.

BUY ORIGINAL OR VINYL
AT
http://studio-one.11spot.com/

04. Father Will Cut You Off

24. Love Is a Treasure (Extended Mix)